You may have heard in the news lately that the Earth is making very slow progress in healing itself. The ozone layer has closed ever so slightly and countries are doing much more to reduce their emissions.

But there is still a long way to go. We can reduce our carbon emissions even more by embracing renewable energy.

The UK already makes a big effort when it comes to renewable energy, but recent events such as the cuts to the Feed-in Tariff and the go-ahead of fracking in Lancashire means that we could do much more.

Here are the UK’s types of renewable energy to help power our homes and businesses.

Wind energy is the number one source of renewable electricity in the UK. There are almost 7,000 turbines spread across the country that generate electricity. Over the years, wind energy is expected to rise and we could see wind providing a huge percentage of our total electricity generation.

Solar electricity exploded when the government introduced the Feed-in Tariff scheme where homeowners are paid for each unit of electricity they generate. Even though the government made cuts to the scheme in January, the UK is still in the top 10 solar-producing countries in the world.

With solar, you’ll cut your electricity bill in half. You can increase that by getting a storage battery with your system too. You’ll also earn 4.19p/kWh through the Feed-in Tariff. Plus, you’ll get 4.91p/kWh for the electricity you export to the grid.

By 2018, it’s predicted that 4 million homes will be powered by solar electricity.

Biomass is another renewable energy solution that is rising in popularity. Biomass boilers use fuel in the form of pellets or small logs to heat your home. As well as helping the environment, you can save money with a biomass boiler if you had an oil boiler before.

Since biomass boilers use wood as fuel, they only release the same amount of carbon as the tree absorbs when it is alive. That means that they’re a great way to reduce your carbon emissions and help the environment.

Hydroelectric power refers to the process of water flowing through a turbine to generate electricity. It’s usually produced in a power plant that uses a dam on a river to store water in a reservoir.

The biggest hydroelectric plant in the UK is in Wales, which is a pumped storage plant. They still use electricity, but they contribute more, which makes it a great source of renewable energy.

Hydroelectricity currently generates 2% of the total of the UK’s renewable electricity. Room for lots of improvement!

You might not know what marine energy is because the government hasn’t spent money on developing systems to make it work. It refers to wave and tidal power, which is perfect for us since we’re surrounded by the sea.

But experts aren’t convinced that it is economically viable, and there are worries that it may affect sea life, so we don’t know exactly how much electricity it could produce us at the moment.

Want to do your bit for the environment? There are plenty of different renewable energy options available for your home. Speak to one of our energy saving advisers to see how much money you could save on your energy bills whilst reducing your carbon emissions.

No votes so far! Be the first to rate this post.

We are sorry that this post was not useful for you!

Emily Rivers is the Customer Experience Manager at Quotatis. She informs customers of the latest developments in a range of products so they can make the best choice for their homes and ensures they get the best out of our service.

Solar power was the fastest growing source of energy in 2016, as reported in a brand-new report from the International Energy Agency (IEA). Solar PV capability worldwide grew by 50% in 2016. The IEA likewise anticipated that the renewables...

Solar panels are now a frequent sight. All around the UK you can see them fitted on people’s roofs. These are photovoltaic, or PV, solar panels, which change sunlight into electricity. If you’re contemplating installing PV solar panels, or... 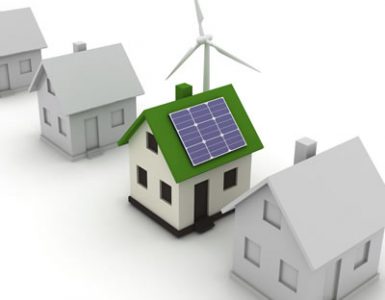 Everything you Need to Know about Renewable Energy

You’ve probably heard people talking about renewable energy as everyone starts to get more aware of the damage that carbon emissions are doing to the environment. But do you know where to start? We’ve put together this handy...

4 Steps to Getting the Most Efficient Solar Panels

Why you Might Need Planning Permission for Solar Panels

Should You Install a 1kW Solar Panel System on Your Property?

We use cookies to help give you the best experience on our site and allow us and third parties to tailor ads you see on this and other websites. By continuing you agree to our use of cookies.